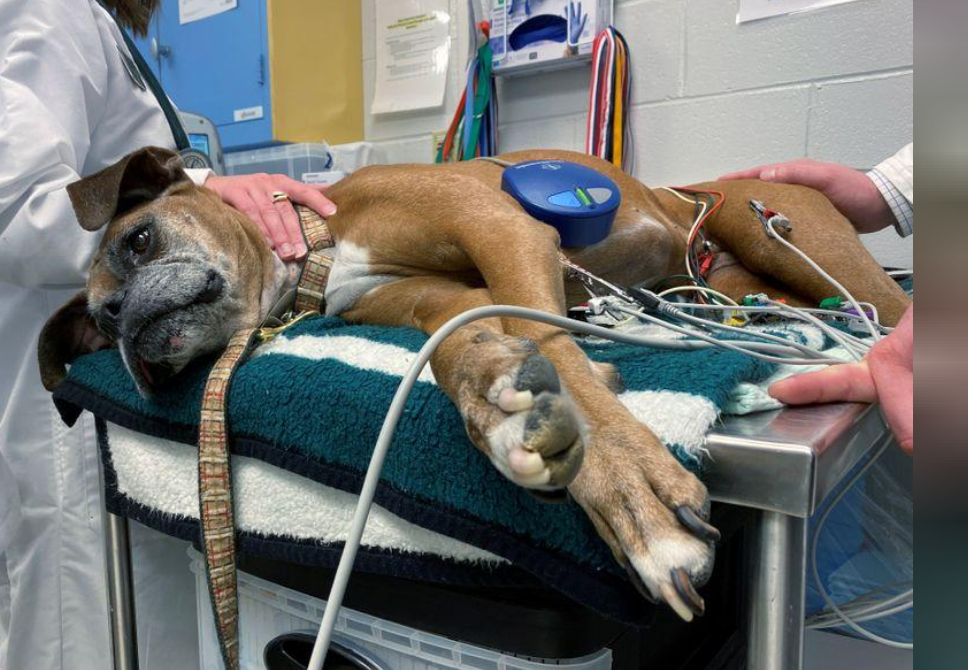 On a follow-up visit after Sophie Cortellino’s life-saving cardiac procedure, Dr. Anna Gelzer was delighted and family members were relieved to see her responding so well. Sophie agreed, her tail wagging excitedly.

Sophie, the boxer, undergoes a checkup after a cardiac ablation surgery at the School of Veterinary Medicine in Philadelphia, Pennsylvania, U.S. March 6, 2020. REUTERS/Aleksandra Michalska

As the 9-year-old boxer lay on a metal table, Gelzer tried to push up her heart rate as part of a stress test following the procedure in August - a ventricular ablation for an arrhythmia, or irregular heartbeat, the first performed on a dog in the United States.

The jagged line tracing Sophie’s heartbeat on a monitor spiked dramatically but she lay calm and alert, and Gelzer grinned with satisfaction.

Owners of the dogs, many of whom have been around long enough to watch children grow up and provide support through countless family joys and traumas, are going to great lengths to prolong their lives, paying bills of up to $3,000 for stem cell therapy for arthritis and $7,000 for cardiac procedures like Sophie’s.

“Dogs are like a person, a family member,” said Gelzer, cardiology professor at the University of Pennsylvania’s School of Veterinary Medicine in Philadelphia.

Nearly half of the nation’s 77 million pet dogs are aged 6 or older, a 15 percent increase since 1987, according to the American Veterinary Medical Association.

Aging dogs contend with many of the same illnesses as elderly humans, including heart disease, diabetes and senility. Cancer ravages canines at roughly the same rate as humans, striking nearly half of all dogs over age 10, experts say. 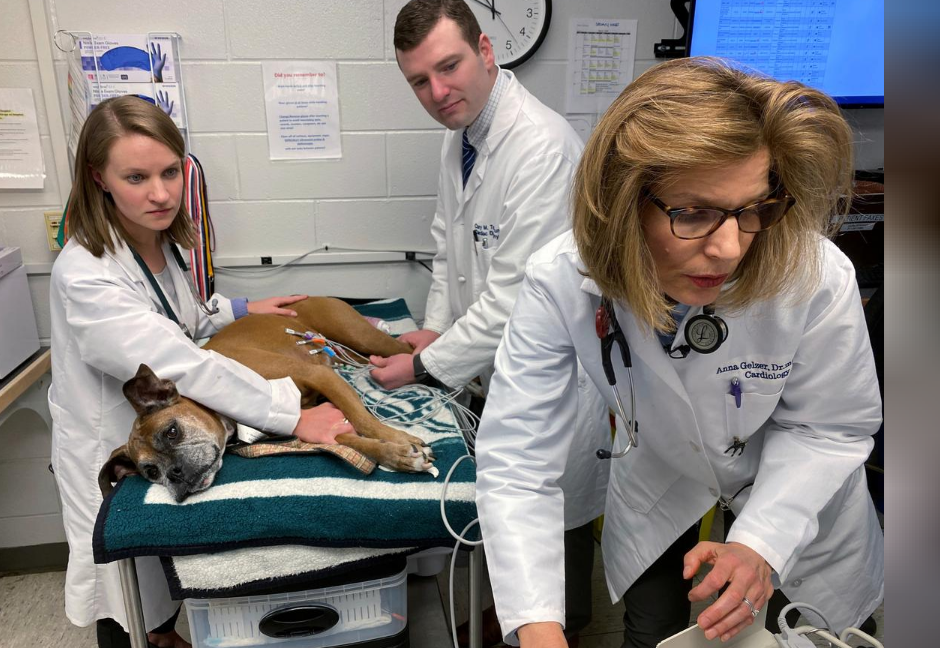 In Sophie’s case, it was an arrhythmia, a condition that has been treated successfully in humans.

In the procedure, a catheter was snaked through blood vessels into her heart’s lower chamber, which pumps oxygen-rich blood to the body, and trouble spots were cauterized. Gelzer was joined in the operation by her counterpart who handles human patients, Dr. Cory Tschabrunn, on the Philadelphia campus.

Karen Cortellino, a radiologist, recalled the time nearly a decade ago when she first met Sophie, an 8-month-old puppy who had been rejected by another family. Sophie has since helped celebrate Cortellino’s son’s college graduation and her daughter’s law school commencement, and dressed up as a member of a family wedding party.

When Cortellino’s elderly mother moved into their home in Montville, New Jersey, Sophie was her sole companion after others left each morning for work or school.

“They were the best of friends. My mom died last May and Sophie was there for that,” Cortellino said. “I would definitely sacrifice what I needed to in order for Sophie to have any procedure that would help her live longer - but well.” 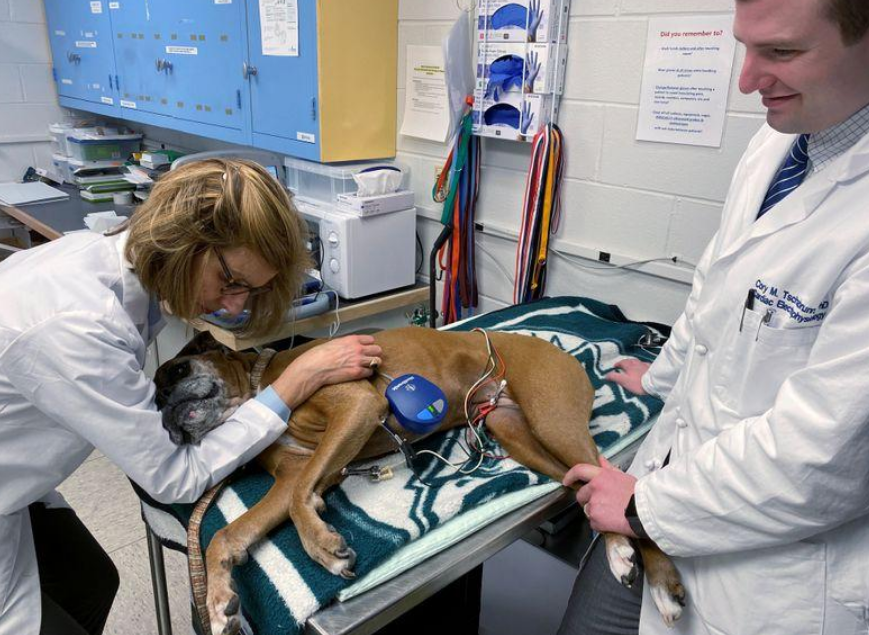 When Sophie collapsed last summer and was diagnosed with an arrhythmia, Gelzer had just won a grant for a clinical trial to test canine ventricular ablations, so this procedure was free.

The eventual cost is likely to be $5,000-$7,000, Gelzer said, which Cortellino said she would be “absolutely” willing to pay if Sophie needs another one.

“There is never a doubt that what we do is meaningful,” Gelzer said. “You have to enjoy working with the animals and with the owners. I like both - very much.”